The unification of the electromagnetic and gravitational fields

The analytic determination of the gravitational wave and its consequent, immediate and unknown experimental individuation constitute only a part of the results we can reach through the present Unification between the gravitational interaction and the electromagnetic one. Said fusion is the result of various factors. The first one is constituted by a critical rereading and a strenghtening of classic electromagnetism through which, and this synthetically, we succeed in giving body or mass to the etheral and spiritual equations of Maxwell only made of electric and magnetic charges (equations that, for this reason, eluded the inertial Principles of Dynamics !). An analogous and immediate rereading of the gravity concurs, symmetrically, in giving, in this case, electric and magnetic charges or, using a more colorful language, soul and spirituality to the exclusively corpose, ponderal and massive gravitational equations. To these two factors there’s another one to be added, even it is demonstrated in this work, than all the macroscopic properties of the matter (as an example, modulus of elasticity, speed of sound within it, coefficients of thermal expansion etc.) are all reconductable to exquisitely and exclusively electromagnetic facts. That leads to the natural conclusion that also the gravity (as also itself macrocospic manifestation of the “apparently Newtonian inanimated” matter) cannot be other than a very tenuous residual of an exclusively electromagnetic fact that, is not perfectly neutralized inside of the matter itself, it still succeeds in getting out, invading still with difficulty the space surrounding it. And it is not a case that both Majorana and Casimir force, as demonstrated in this note, are referable to exclusively electromagnetic facts (neither we can exclude the Van der Waals forces we will discuss in a note apart). Based on what said we can pass, with the most spontaneous and natural clarity, from the formula of Newton to the one by Coulomb and viceversa (they’ve always been, moreover, very similar) finally evidencing the fundamental role of the no more amazing adimensional constant of Dirac that the Nobel himself, in XX the century, proposed facing the problem of the Unification between the said interactions. All of this finally let us “understand” the mysterious gravity not because now it is decomposed according to more intuitive cartesian and mechanicistic postulations or the irreducible simple ideas of John Looke (1632-1704), but that it now comes to be expressed from the same equations of Maxwell that, now, with some small and simple precisations, they totally become valid also in gravity. This exclusive and particular “understanding” of the gravitational phenomenon leads obviously also to the possibility of now being able to modulate its local action with conformed equipment all exclusively electromagnetic. To end this short introduction of an enough extensive scientific work, let’s say that one of the many demonstrations of the intimate and indissoluble tie between gravity and electromagnetism is constituted also by the clear explanation that finally we are able to give of extraordinary and the mysterious phenomenon discovered by Hathaway and Wilson in 2006, about the amazing advance of approximately six years that with a terrestrial magnetogram we succeed in obtaining the huge phenomenon (even it all electrogravitational) of the solar spots (number of Wolf). At the end let’s say the present work is also a continuous appeal to the Reader to correct and to perfect the ideas embryonically expressed here so that mankind, affected from the “original sin” could populate, thanks to the miracle of its intelligence, the cosmos surrounding us. A thought must be dedicated to the uncomparable, unattainable and intramontabile Newton whose eternal spirit will always fluctuate indomitable in the changing but inextinguishable spaces of our boundless and perennial Universe.

The enigma of gravity revealed

They say that Saint Joseph from Copertino, like many other mystics as also Padre Pio, during the ecstasy he wafted in the air, supported by a mysterious force that cancelled his weight. The Gospel says that Christ walked on waters of the Tiberiade lake, astonishing his disciples. Even other religions speak about levitation phenomena. The ufology instead tells us about flying discs using an unknown type of propulsion (probably electromagnetic). Science, with Newton, supports that the gravity holding us fixed on the Earth, is a force that attracts all the bodies, but the modalities with which it acts are a mystery completely comparable to that one of the said levitation. Newton himself, as he was not succeeding to explain the origin of the gravity, pronounced the famous phrase hypotheses non fingo, that is only a bitter renunciation to the intimate understanding of the phenomenon. Among other things he thought that the gravity could be led back to pressure differences in an untouchable aether that permeates all the Universe but this idea only remained a suspicion and nothing more. Things are not better at all with Einstein, who thought that gravity would consist in a deformation that a body produces in the space-time surrounding it. In fact, they did not succeed to understand the mechanism with which an abstract concept and exclusive product of the human mind (particular 4D geometry) can be deformed by a mass and then it constitutes, as an example, iron railroads forcing the Moon to turn around the Earth. Anyway, we can try to reach explanations on the deep nature of the gravity from religion, ufology or science, it still however remains an enigmatic mystery. And if that is true, then it’s illusory to think about being able to modify it as we prefer, as we make for other forces of nature. But if instead we discover that the gravity is referable to magnetic electric fields that we better know and dominate, then we can think about being able to model it as we like. In such case exclusively electromagnetic equipment can increase, decrease or cancel the gravity that a mass exercises in a determined point of the space surrounding it. The demonstrations that these conclusions are more than correct are widely exposed in the book from the title The unification of the electromagnetic and gravitational fields – the electromagnetic waves – the anti-gravity. In particular the said unification concurs to finally and immediately intercept the elusive gravitational waves up to now searched in vain, and this fact constitutes a formidable test experience of its full validity.

Soon afterwards the advent of General Relativity (1916) they tried to intercept the gravitational waves thus like previewed from this theory but till now, although most considerable economic efforts made by the European and American scientific community, it has all turned out vain. It is better to explicitly say that the equipment for the relief of the gravitational waves has been planned right on the base of the physical characteristics of these waves the way they were foreseen by G. R., which, propagating themselves in the space-time and investing a body of mass m, they would deform it, in a certain way and it’s just that elastic deformation they’re attempting to find. Once assessed this experimental fact, only the problem of the unification of the relativistic gravity with the other known interactions would remain unexplained, fact that introduces big and unsurmountable problems up to now (Nobel Abdus Salam).
But if, as we support, the gravity is fully and totally referable to an exclusively electromagnetic fact, we immediately realize that these waves, in which we are totally dipped, they were just under our nose, and in order to find them, we only needed an instrumentation nearly offered for free by nature.
And that’s easier said than done. If we consider any binary system (Earth-Moon as an example) the lunar orbit endures a gravitational variation when it crosses, as an example, the perigee. In fact in that point the Earth-Moon distance is minimal and therefore, based on the formula of Newton, the gravitational force becomes maximum. It is easy to see that, in “concomitance” with said gravitational variation, a terrestrial magnetogram reports meaningful variations of the magnetic field that lets us to determine the time of revolution of the Moon around the Earth. Therefore, through the analysis of the said magnetogram, we are able to determine the frequency of the gravitational wave and from that, to go back to its wavelength. Then it is immediate to reach the conclusion that the terrestrial magnetic field constitutes a huge and irreplaceable antenna that lets us to intercept the gravitational (electromagnetic) hitting the Earth they come both from the solar system and from the depths of the cosmos surrounding us. Therefore it’s enough to study the variations of the terrestrial magnetic field in order to find the frequency of the gravitational waves that continuously hit the Earth.
And it is easy to see, still in the event of the said binary system, that it exists, as it’s known, also a terrestrial magnetic variation that has a period of 24 hours and 50 minutes, time coinciding with the one that Moon needs to reoccupy the same position regarding the Earth, and so resuming to exercise the same previous gravitational action (interval of the lunar tide). There is still an analogous magnetic variation of 24 hours that coincides with the time that the Sun needs to apparently resume the same spatial position regarding the Earth (solar tide) etc.
And what about the period of variation lasting eleven years of “the magnetic” storms the Sun endures (sunspot), period that practically coincides with the time of (“gravitational”) revolution of Jupiter around the Sun that is of 11.8 years?
Obviously in a simple introductory article like this, it is not possible to say more and therefore the Reader can read The Unification of the electromagnetic and gravitational fields – the electromagnetic waves – the anti-gravity.
To end let’s add that what now said not only corroborates the thesis saying that gravity is entirely referable to a pure and simple electromagnetic fact (itself constituting a natural and powerful step towards the gasped unification of all the known interactions) but these incontrovertible experimental replies, attesting and certifying the physical identity between gravity and electromagnetism, finally open the road to the possibility of being able to manipulate the gravity, by increasing, diminishing or cancelling it, with unimaginable and enormous consequences this involves for the technological progress of the entire humanity.

Carlo Santagata was born in Naples on 02/03/1944 and currently he lives in Santa Maria Capua Vetere, province of Caserta. He has over 35 years of professional engineering experience together with an intensive scientific research activity. He’s also a member of Physics Society. In this ambit he has published several articles on various international reviews concerning some unedited properties of matter and researches on the fundaments of Quantum Mechanics. To have some important results about theoretical physics and structural engineering you can go on www.carlosantagata.it

Recensisci per primo “The unification of the electromagnetic and gravitational fields” 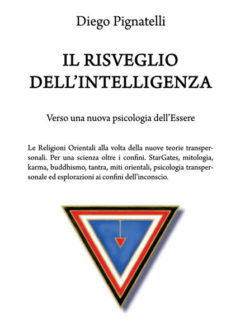 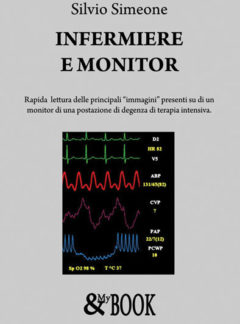 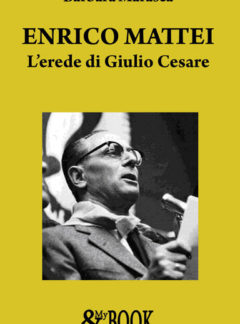 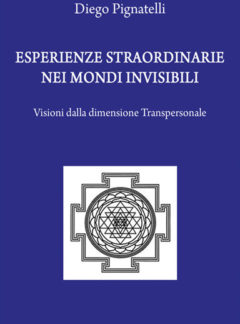 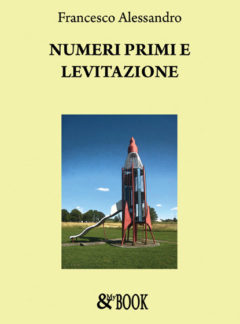 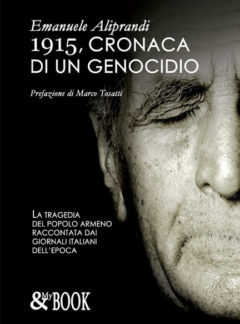 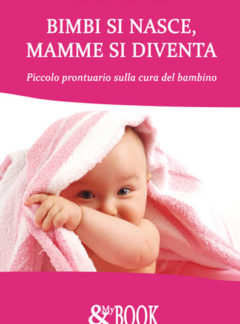